Over the past year (2015), the developing world received $431,6 billion in migrant remittances. The Impact of remittances on Economic Growth and Poverty Reduction is considerable. Migration is definitely a chance, an opportunity in terms of human development. Surprisingly enough, some people around the world fail to recognize this obvious fact. I hope this data visualization will help make them more aware of this. Note that in 2015, migrant workers residing in the United States have transferred to Mexico the equivalent of $24,323M. In the same year, they have also transferred to China the equivalent of $16,254M, $10,956M to India, as well as $9,679M to Philippines.

– Trigram (“3-letter”) country codes: NATO Codification System Country Codes (ISO 3166-1 alpha-3).
– Concerning remittances from France: only the values that are equal to or greater than $10M are mentionned in text label form—the curving lines depict all the remittance flows—all values are expressed in US$. 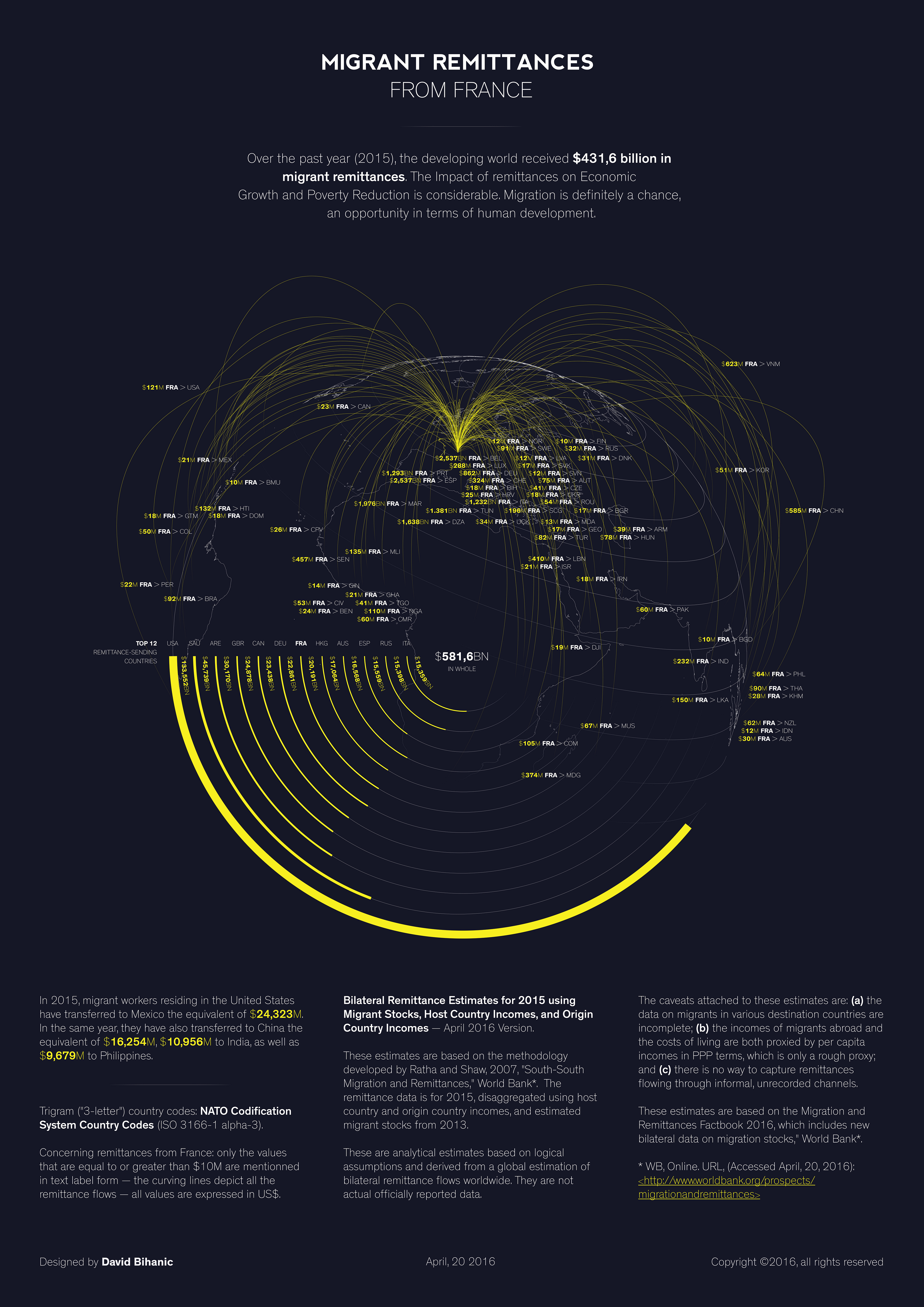 This infographics was designed by David Bihanic (2015).

These estimates are based on the methodology developed by Ratha and Shaw, 2007, “South-South Migration and Remittances,” World Bank*. The remittance data is for 2015, disaggregated using host country and origin country incomes, and estimated migrant stocks from 2013.

These are analytical estimates based on logical assumptions and derived from a global estimation of bilateral remittance flows worldwide. They are not actual officially reported data.

The caveats attached to these estimates are: (a) the data on migrants in various destination countries are incomplete; (b) the incomes of migrants abroad and the costs of living are both proxied by per capita incomes in PPP terms, which is only a rough proxy; and (c) there is no way to capture remittances flowing through informal, unrecorded channels. These estimates are based on the Migration and Remittances Factbook 2016, which includes new bilateral data on migration stocks,” World Bank*.